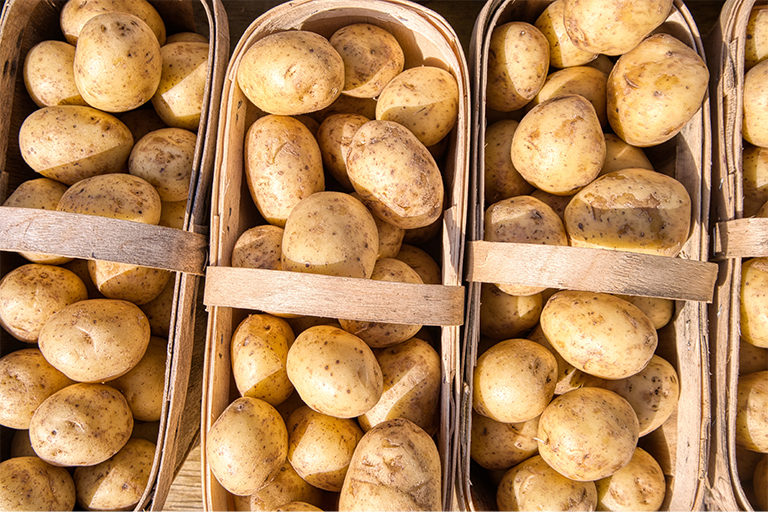 As far as natural food texture modifiers go, starch is by far one of the most simple and prevalent.

Starches are found in all kinds of common ingredients such as grains, roots, tubers, and even in processed end products, such as pasta! You may know starch for its ability to thicken liquids in soups and sauces. Pure starch mixed with water and then heated gelatinizes to form loose bonds that add structure, body, and silkiness. All of which are desirable qualities in a large variety of foods.

Not all starches are made equal.

Starches derived from grains typically require higher temperatures before they gelatinize compared to root and tuber starches. The advantage of this late-stage gelatinization is rapid thickening once the required temperature is reached. This is an advantage because it makes it easier to gauge if more starch is required to add more body to the food without overcooking it, and no one likes overcooked food.

One of the chief disadvantages of grain starches is the introduction of cloudiness. This cloudiness is a result of the medium grain size in the starch, compared to root and tuber starches which have a much larger grain size.

Grain starches second disadvantage is their tendency to produce a bland, cereal-like flavor in foods that are cooked at high temperatures from moderate to extended periods of time. Starches are typically added to change the texture of the food, not to add a distinctive flavor.

In contrast to grain starches, root and tuber starches tend to have coarser grain sizes in their pre-gelatinized state. These larger grains contain less fat and protein which enables them to gelatinize at lower temperatures resulting in more glossy and clear sauces. 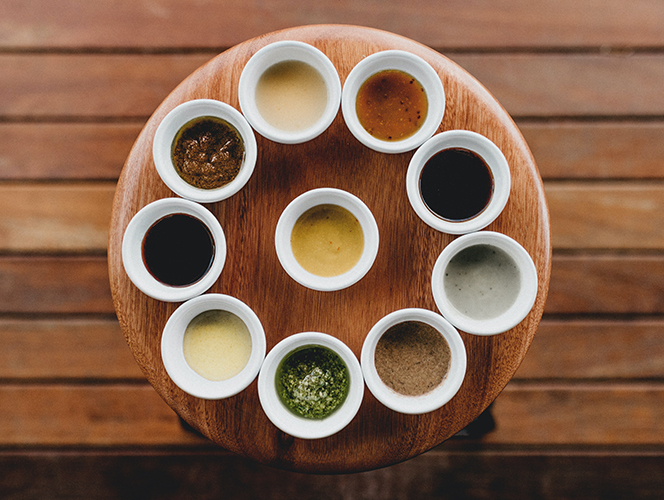 With that background out of the way, let’s dive into the three key distinctions that make potato starch (or tuber starch) the ideal starch for most of your applications.

It’s counterintuitive to think that potato starch is more easily dissolved in water than grain-based starches because potato starch has a larger grain size. However, the larger grains dissolve more easily because they contain less fat. Because as well all know, fat and water do not mix. Increased solubility allows potato starch to be added at a later stage in cooking, removing much of the guess work about the thickness of the food.

Potato starches lower fat content compared to grain starches enables it  to bind to oil better in low temperature applications once it has been  gelatinized. This fat binding ability allows potato starch to emulsify fats in  water-based dressings!

Number 2: Potato starches can stand up to higher heat for short periods of time

Because potato starch has a lower fat and protein content than grain-based starches, it is more resilient to high heat for short periods of time which enables fried foods to crisp better with less risk of burnt flavors being introduced by the starch. This enhanced crisping is due to more readily converting into a simple sugar when exposed to high heat which increases browning. This light, but incredibly crisp, shell traps more moisture in fried foods and maintains a crisp texture longer than grain-based starch batters would provide.

Nothing is worse than being promised an extra crunchy piece of fried food, only to find out that it’s nothing like what you hoped for. 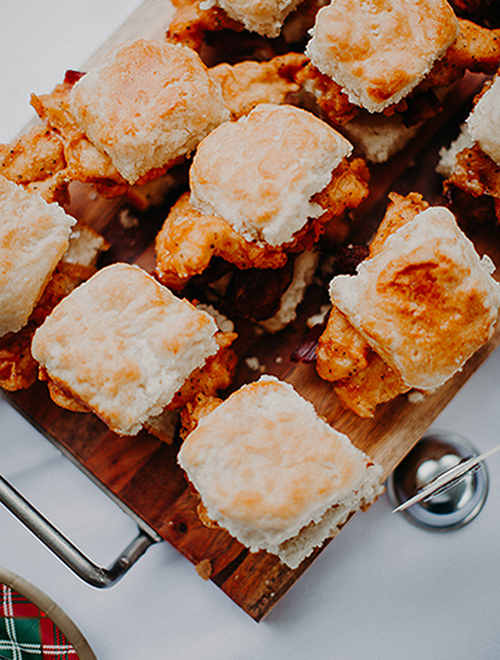 In fairness, cornstarch is also gluten-free, but cornstarch also changes the flavor profile of prepared foods adding a distinct cereal flavor. Potato starch preserves the flavor profile of fried foods and of soups and sauces. In fried foods, it produces a lighter, more crisp texture with comparable browning to corn starch. In soups and sauces, potato starch yields a clearer, smoother, and glossier texture and appearance.

Potato starch is an incredible ingredient that is often overlooked because of the popularity of grain starches in the consumer segment.

Potato starch is the key to extra crisp and glassy fried batters and dredges. It is a secret weapon to emulsify dressings and keep them stable on the shelf. Potato starch adds silky texture and body to soups and sauces without altering the flavor or visual clarity, preserving the quality of the food.

If you are looking for a starch solution it is likely that potato starch will level up your product!