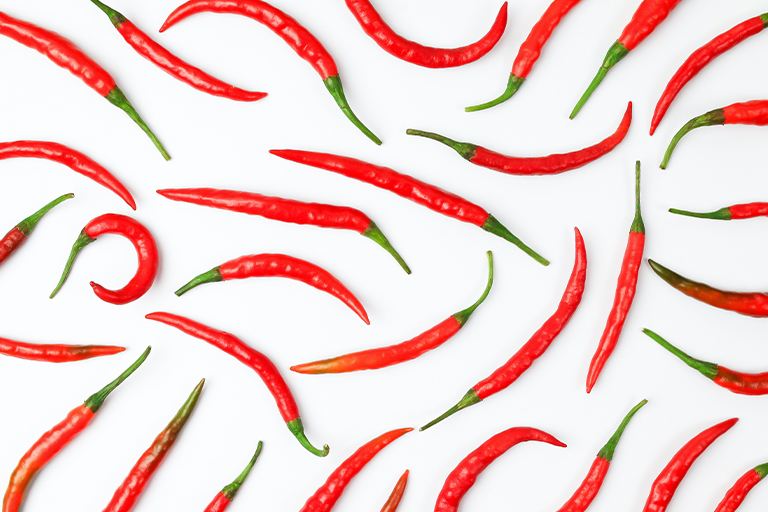 Spice has always been a big component of cuisine in Texas and Louisiana. Over the last 10 years, Americans in all states have developed a hearty appetite for spice. More recently, that heat has spread to popular culture through highly engaging spice challenges like the One Chip Challenge (from Paqui) and the internet sensation interview show “Hot Ones” by Complex Media. We have to ask ourselves “what inspired this spice craze?” Although the popularity surrounding these extreme spice challenges seemed like a morbid curiosity at first, now dried chiles of all spice levels have broken into mainstream cuisine and home cooking. 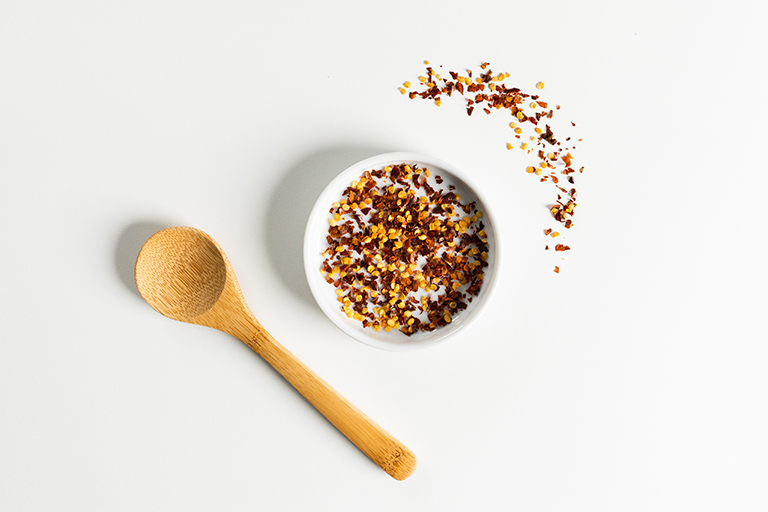 Wild chilies were gathered and used in cooking in Mexico as far back as 7000 B.C.E. However, outside of the United States in regions like South and Central America and throughout the Asian continent, spice is no stranger. With origins that date back to the Aztecs, chiles didn’t make their debut in Asia until the end of the 15th century when Portuguese traders introduced the spicy plant to India.

From India, the heat spread to the rest of the continent and now chiles are a prominent ingredient in the Pan-Asian diet. Chiles are also one of the oldest self-pollinating crops in Mexico and Central America, meaning that they grow without much effort and are easily introduced in new agricultural ecosystems across several continents. This, perhaps, is also a contributing factor to the over 4,000 different species of chiles that currently populate the earth.

Now you might be in the same boat I am, wondering why are there so many ways to spell “chile”? According to the Chile Pepper Institute at New Mexico State University, the name of this plant species also goes back to the Aztecs. They have defined the proper spelling of spicy peppers as chile, thereby distinguishing it from the spelling chili which “refers to a culinary dish consisting of a meat, beans, tomatoes and chile powder.”

The latter part of the name “chile pepper” comes from the early days of its expansion to India where the closest comparison to the spicy fruit was the black pepper plant, thus the addition of pepper to the name. However, the heat component in each of these plants are different. 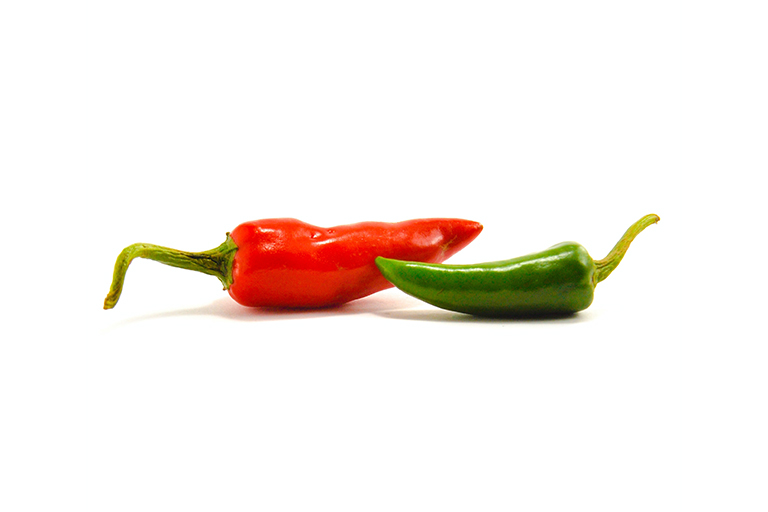 The chemical compositions are very similar but black pepper gets the spice from piperine, (C18H27NO3) while chiles get their spice from capsaicin (C17H19NO3). To further differentiate the two chemicals, capsaicin has its own measurement scale. Invented by Wilbur Scoville in 1912, the Scoville scale is used to measure the pungency or “spiciness” of the chile.

Although the ratings were once determined subjectively by a group of taste testers, there is now scientifically based formulas that can calculate this more accurately. The Scoville heat unit (SHU) measurement is found by calculating information in the image below.

Higher ranking chiles on the SHU scale, have utility beyond the typical dishes such as curry or hot wings. Recently, chile growers have been cross breeding and developing hotter and hotter chiles to the point of weaponization. Pepper spray and similar self-defense products are derived from the same chile plants that are used in spice challenges. The high capsaicin concentration can also be used in pellets to deter ground rodents. For reference, a Jalapeño chile is rated between 2,500 and 8,000 SHU while law enforcement grade pepper spray is rated between 2,000,000 and 5,300,000 SHU.

Just as much as it can be used for harm, these plants can be used for good too! A recent research study conducted by UCLA has found that capsaicin possesses the potential to destroy cancer cells. Chiles host several other health benefits such as promoting or aiding in longevity and the capsaicin can even make meals more satiating. The spicy fruit also contains an antioxidant with a ton of vitamin C which is why chiles, most commonly cayenne, are often one of the top ingredients in increasingly popular wellness shots that aid in sinus relief and immunity boosts. 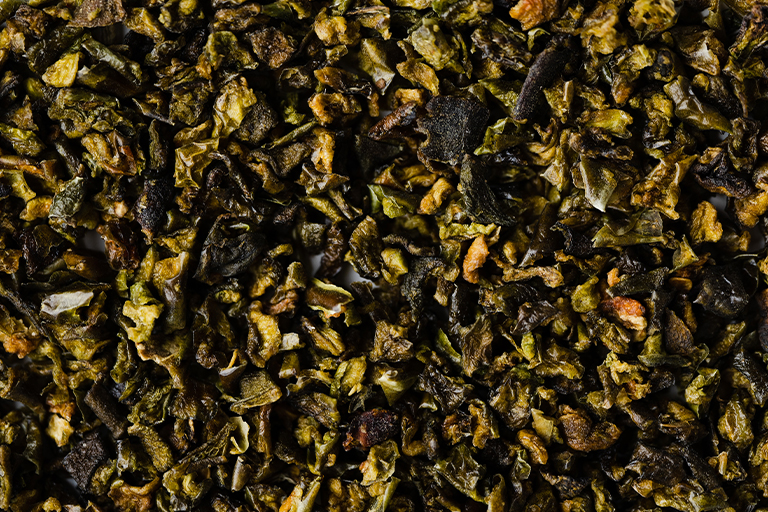 Why Chiles, Why Now?

Whether you like a scorching chile like the habanero, a mild chile like a bell pepper, or you’re looking to melt your face off with a Carolina Reaper, one thing remains clear: chiles are on the rise. In popular culture, is it due to the shock factor, or the physical effect in cuisine? Or perhaps it’s for the health benefits. The bottom line is with the wide variety of chiles and heat levels for everyone, chiles most certainly round out anyone’s diet.

As the market continues to expand so do our dried chile offerings! Looking to break into the chile market? St. Charles Trading is here and ready to bring the heat to your next project. If you want to know more about the history and science behind other ingredients, then check out our other blogs HERE.

If you have an ingredient that you want us to write about, let us know via email at MARKETING@STCHARLESTRADING.COM.