The Top 5 Questions About Breadcrumbs Answered 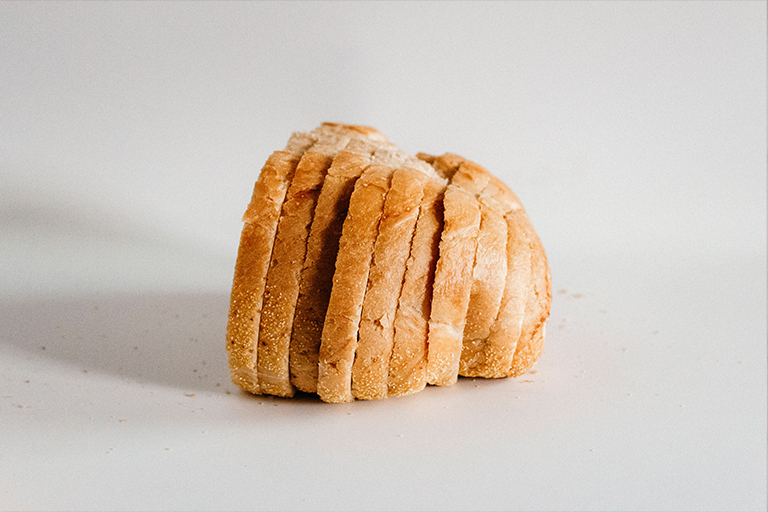 We’ve all heard the phrase “breaking bread” as a term for gathering and sharing a meal. Bread has been a central part of the human experience for millennia. What actually happens when you break bread? You get breadcrumbs.

In this blog, we’re answering your top five questions about breadcrumbs: 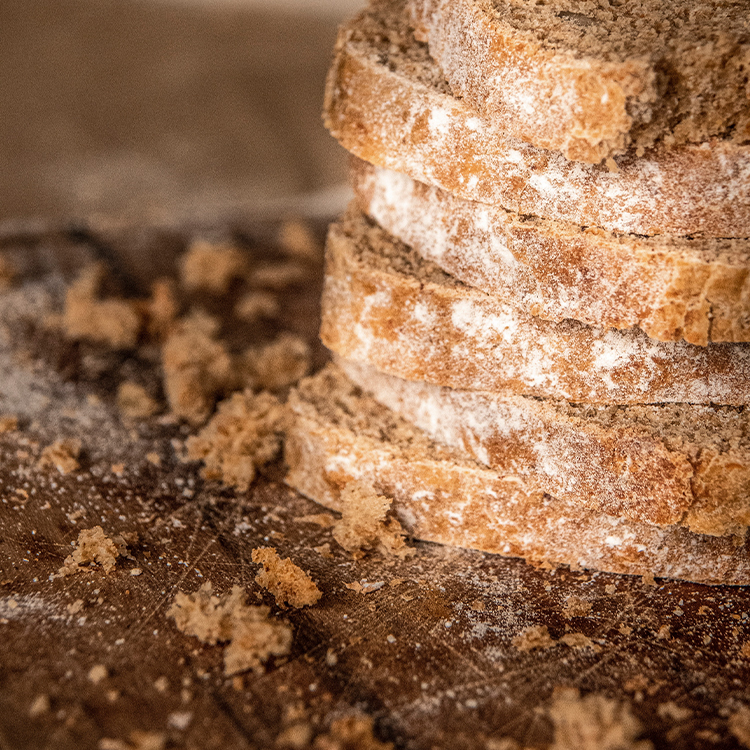 Breadcrumbs began humbly, out of the need for less food waste in difficult times. We’ll get to that story in a minute, but first…

Believe it or not, the food industry at the manufacturing level considers everything from a fine crumb to a crouton to be breadcrumbs. Pretty much any processed size of stale or crusty bread is considered “breadcrumbs”.

The industry terms most commonly used are large cut, crumb, shred, crouton or stuffing, but of course the actual size of each of those classifications are relative to each manufacturer. The compositional varieties, however, are relatively standard. They include white, corn, 80/20, sourdough, Hawaiian, with oil or without, and seasoned. 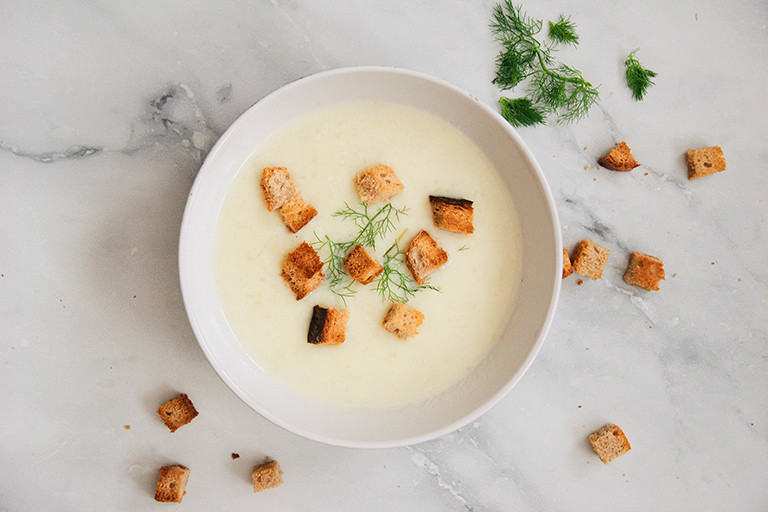 Where do breadcrumbs come from?

The use of breadcrumbs originates from the need to save money and conserve resources by reducing waste. In the early days of breadcrumbs, they were used mostly for garnishes on cooked meals. In Colonial America, breadcrumbs were the predecessor to dry cereal eaten with milk as a breakfast meal. When you think about it, breadcrumbs really aren’t all that different from dry, cold cereals.

That all changed in the 1880s when a black entrepreneur invented two revolutionary devices that began industrializing the bread and breadcrumb industries.

Joseph Lee was a black, self-taught, hotelier and caterer in Boston during the late 1800s. A baker by trade, he found that the best bread was made through thorough and consistent kneading. He realized that a kneading machine could provide consistent, high-quality bread and so he invented one and filed for a patent in 1894.

This new machine allowed Lee’s bread production to increase so much that he was often left with wasted day old or two-day old bread. Lee knew that there were other uses for that stale bread. Being no stranger to innovation, he invented a breadcrumbing machine and filed for another patent. And thus, bread joined in on the industrial revolution.

Since the innovations of Joseph Lee, the industrialization of bread has only continued to grow, and so have its formulas. When retail breadcrumbs started to become popular, the manufacturers were still using stale bread that was unfit to sell in stores for cosmetic reasons, or unused loaves that were left unsold.

But this practice, although waste reducing, was also not as profitable. The price per unit of baked bread was much higher than that of breadcrumbs.

To solve this problem and save their profit margin, advances were made to help extend and preserve the bread’s shelf life. This solution was helpful for the bread market but the retail and industrial breadcrumb market was growing. They needed more supply to match the mounting demand.

The demands of the breadcrumb market were greater than what the bread industry could sustain on its own, leading to the production of bread solely for its crumbs. 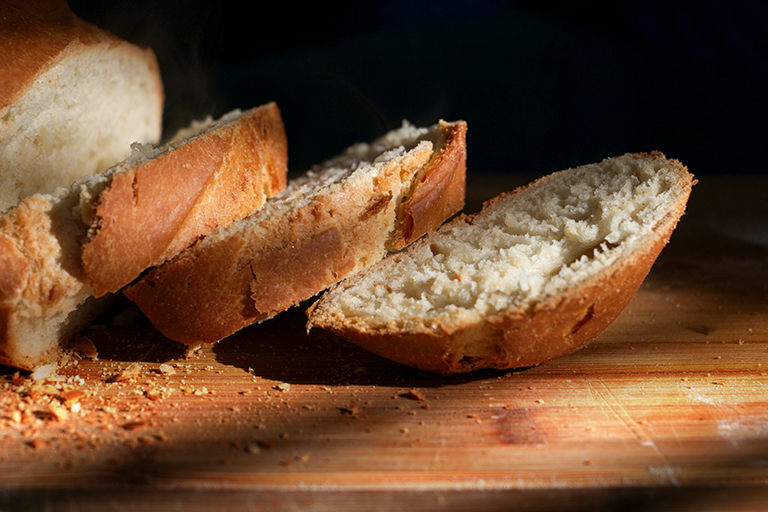 Why are there so many kinds of breadcrumbs?

From the French potatoes au gratin to deep fried chicken, or from Thanksgiving turkey stuffing to Swedish meatballs, there are a multitude of applications for breadcrumbs.

Of course, there are as many types of breadcrumbs as there are applications.

As an outer coating, breadcrumbs can be used to enhance texture, composition, and color as well as flavor. The absorptive properties of breadcrumbs are particularly useful in reducing water activity in vegetable mixtures which also makes it great for binding things like meatballs or patties. In many applications, breadcrumbs also help to increase the overall product volume and yield.

With all of these factors considered, each kind of breadcrumb caters to each of these attributes differently.

Many of you may be wondering about panko or Japanese style breadcrumbs. Panko is a completely different breed of breadcrumb. Why? It all has to do with the bread.

American style breadcrumbs are just as you would imagine; stale bread baked by external heat sources that’s then shredded or pulverized to a course or fine consistency.

Japanese style breadcrumbs are made with a light and airy crustless bread. Compared to traditional bread baking which employs heat, panko bread is baked using an electrical current, cooking the dough from the inside out.

Structurally, panko is much more porous than American style breadcrumbs. This allows the panko to have maximum contact when deep frying and its airiness helps that excess oil drain which is one reason why professional chefs typically prefer this style of breadcrumb. 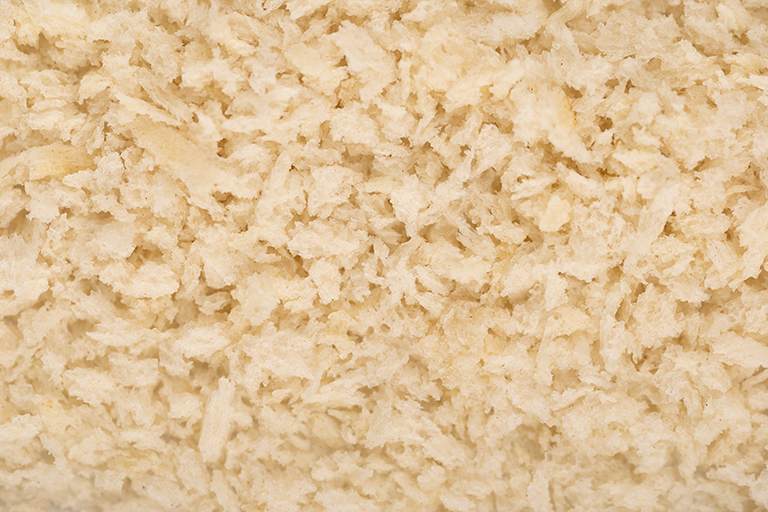 How do I select the right breadcrumbs for my product?

Selecting the right ingredients for any product can be challenging. Some considerations that may be helpful include: Why are you making this product? Who is the ideal consumer? What is the desired experience?

In the development phase of your product, always start with why. Is there a need that your product fulfills? Are you creating the product to diversify your offerings? Is it a profitable investment? Your “why” could cover a lot of criteria but ultimately is a key driver for finding the right breadcrumb for your application.

Who your ideal consumer is and the desired experience you want to convey will also be main drivers in the decision-making process.

Breadcrumbs serve many mechanical, experiential, and aesthetic purposes. Talk with your breadcrumb supplier about the utility of each type of breadcrumb they offer and what breadcrumb is the best fit for your project. 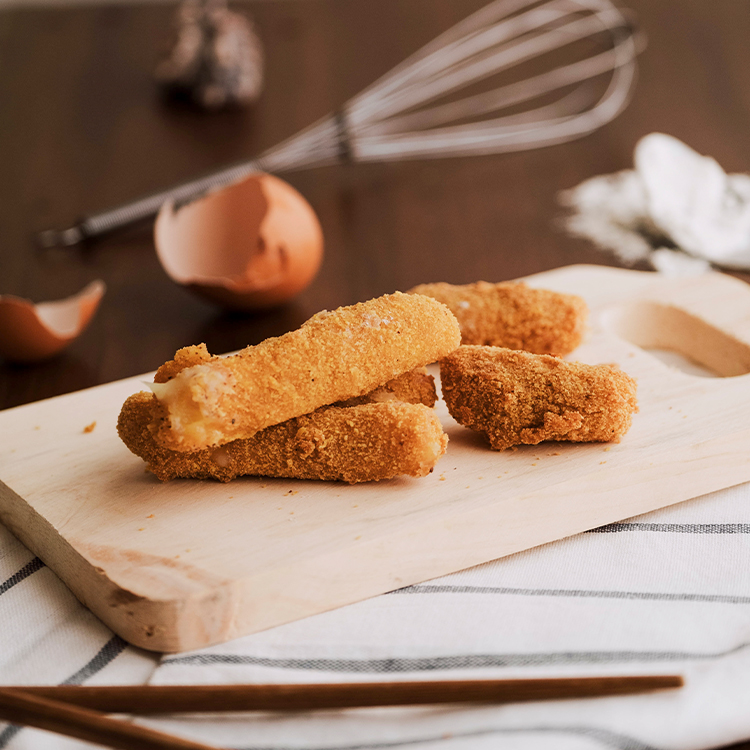 Where can I get breadcrumbs?

Whether you’re just starting out in food manufacturing or you’re just a fried chicken enthusiast, there are several options available.

Option 1: your local grocery store. With the continuing development of applications for breadcrumbs, there are more varieties and flavorings of breadcrumbs on shelves than ever before.

If you have the time and are feeling adventurous, you can always go with Option 2: make your own breadcrumbs. This option is great if you want more control over ingredient content, size and consistency in your desired breadcrumbs.

For small scale food manufacturers looking to scale up, you might be asking “what’s my next step up from the grocery store or small local supplier?” Introducing Option 3: St. Charles Trading. We have the insight, experience, and resources to help you in your breadcrumbs journey.

Option 4: If you’re part of a large-scale manufacturing operation but are unsatisfied with your current supplier, St. Charles Trading is here for you too. We pride ourselves on consistent and responsive customer service. We also have first party logistics services to ensure that your breadcrumbs are delivered on time, whenever you need them. 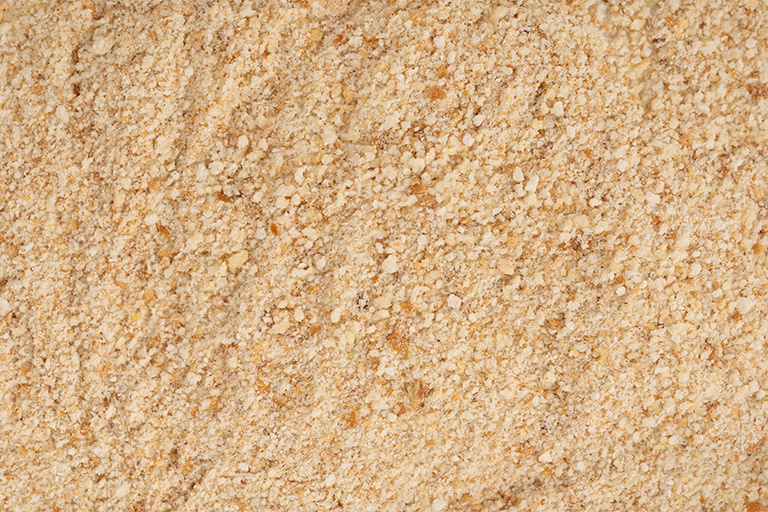 That Crumbs It Up

It seems like breadcrumbs can do it all. They are structural, visual, textural and flavorful. Breadcrumbs add volume without sacrificing moisture. When dry, they are rigid enough to hold their shape throughout the manufacturing process.

From the mortar and pestle to the inventions of Joseph Lee, bread and breadcrumbs have come a long way and the use of breadcrumbs is here to stay. Just as the art of bread making has lasted thousands of lifetimes, so too will breadcrumbs. 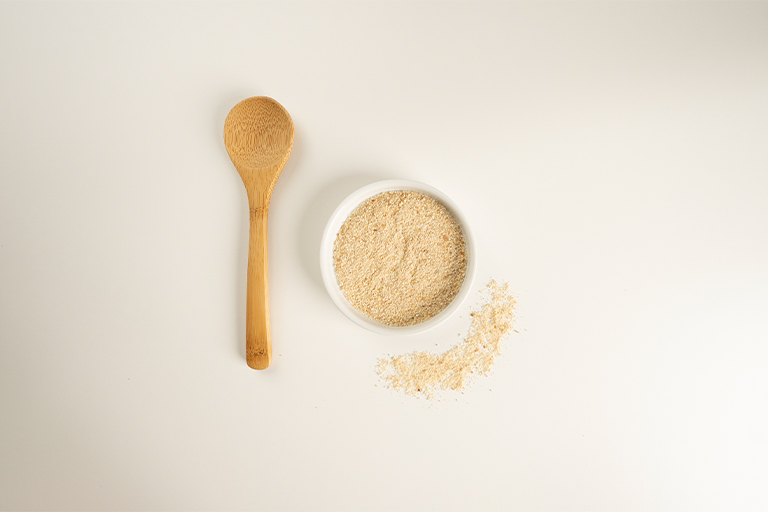 If you want to know more about the history and science behind other ingredients, then check out our other blogs HERE.

If you have an ingredient that you want us to write about, let us know via email at MARKETING@STCHARLESTRADING.COM.